The Importance of Second Shooting

Most of my mentoring sessions recently have been focused on people starting out in their photography business. It’s such an exciting time. I can remember when I first started. How excited I was, getting my equipment, starting to plan what I wanted to do, but there were also lots of hurdles that I wish I had had answers to overcome at the time. But for most of them I had to just figure it out and see where the journey took me. Now I’m just happy to share with everybody what helped me in the hope that it might help you, as well.

One thing that I often get asked about is how did I start? First of all I’d like to look at the idea of second shooting. That was the really big start for me –  when I was a second shooter for other wedding photographers. So, I knew that I had the skill. I had studied photography. I was getting better as a photographer, but I had no real way to practice what I was learning in a wedding situation. You can go to friends’ weddings as a guest and you can take photos while you’re there, but it’s not really the same as working at a wedding. So I decided really early on that the best step for me was to become a second shooter for another established photographer.

Like everybody does when they’re looking for a photographer, I went online. I googled different photographers around Ireland, and I shortlisted the photographers that I wanted to work with. I looked at their style and I mostly approached female wedding photographers, and I just got in touch with them.

To be honest, it was difficult. Not a lot of photographers wanted to have somebody with them, but I got really lucky and I found some really helpful photographers who were ready and willing for me to come along and help them on the day. And I really learned so much. It probably was the best learning experience I had early on in my photography career, and it was one of the best decisions I’ve made right at the start.

What I did was I went along to a wedding. I followed the photographer for the day. It was a real learning curve. There’s so much to learn. There’s so much to take in, and all the while I was trying to take good wedding photographs to be able to give the couple afterwards. But I enjoyed it so much. I knew within an hour or two of going to my first wedding, that it was something that I really wanted to do.

And it can be the same for most photographers. When they second shoot, they realize early on that they love what they’re doing, what they’re experiencing. And then for others, they realize that maybe wedding photography isn’t quite for them. It’s such fast-paced day even when you’re just assisting. It can be stressful at the start and you really do get a very good idea as a second shooter, what it’s going to be like as a wedding photographer when you’re out there by yourself, doing it for yourself with your own wedding couples.

If you’re thinking of wedding photography as a career, please just look for photographers in your area. Approach them. Take the time to look at their work, to find out their style, and approach them in a very gracious way. Explain that your’e starting out – that you’re looking for a bit of help. You’re happy to take photographs on the day, or you’re happy just to do anything that they want in terms of helping them. So, it might be just be carrying their bags or gathering people for photographs, anything that you can do to help. Just be there to serve them for the day, and of course then, if you do, as a bonus get some really good photographs, you can start to build your portfolio. Any photographer would be glad for you to send them on so that they could include them with their set for the couple, as well.

Don’t hesitate. Get started! Find some good photographers and you will really be off to a great start in your photography career if you start as a second shooter. 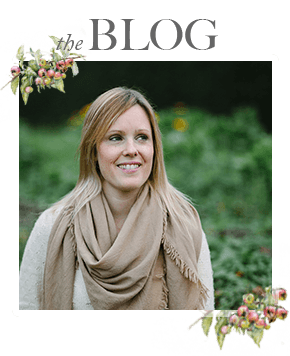